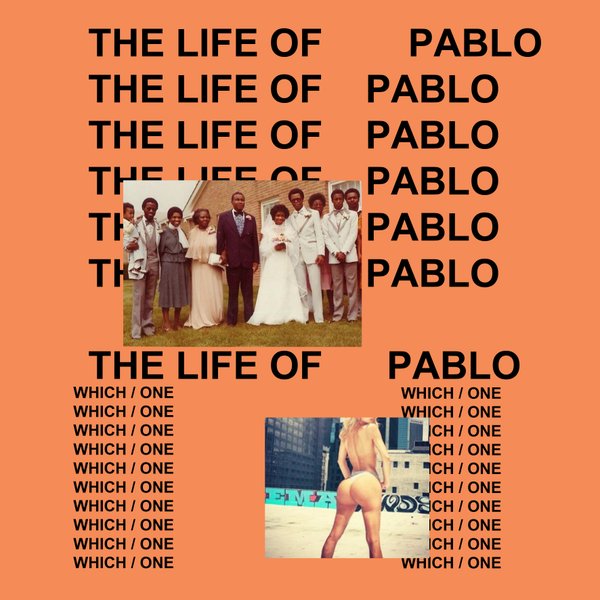 God. Family. Friends. Self and Fame. Kanye returns with an ambitious and creative album that asks what we glory in.

I’m not really a Kanye fan. Way to start. Every now and then I check out what he’s doing. Avoiding his antics is now as hard as avoiding Kim Kardashian’s. The latest antic being him begging Mark Zuckerberg for millions to invest in him. A self-proclaimed genius. I did not realise that this latest album, The Life of Pablo, had been through so many name changes, mixes and releases. The first ‘proper’ public mix was back in February on Kanye’s streaming label Tidal, which was largely unmastered and incomplete. This is apparently the final(?) mix and it’s ambitious.

It seems like the album is caught up in the midst of several struggles over what one glories in. The first track, ‘Ultralight Beam,’ oozes gospel sensibilities and appears to promote a God-centred view with a small child crying, ‘Hallelujah over Satan/Jesus Praise the Lord!’ Kanye enters with: ‘We on an ultralight beam/this is a God-dream.’ The song sounds like some kind of choral prayer for God’s assistance in times of struggle: ‘Deliver us serenity/Deliver us peace/Deliver us loving/We know we need it/You know we need it.’ The song refrains with ‘I’m tryna keep my faith/But I’m looking for more/Somewhere I can feel safe/And end my holy war’ – this so-called ‘holy war,’ is an internal one that we’re faced with throughout the album. (More allusions to a form of salvation also arise in ‘Lowlights’).

The God-ward trajectory is quickly juxtaposed with the intense sexual imagery found in ‘Father Stretch my Hands, pt. 1,’ as Kanye discusses a relationship with a model. Then we shift to reflections on popularity with ‘Famous‘ (feat. Rihanna) and ‘Feedback‘. The song Kanye is an argument with fans over who Kanye is now, a fitting image of the kind of spasmodic album this is – who is he is now? I’m not sure which Kanye I love.

Songs such as ‘FML‘ seem like real confessions. To quote at length:

‘I been feeling I’ve been given for my children/I will die for those I love/God, I’m willing to make this my mission/To give up the women/Before I lose half of what I own…Pour out my feelings/Revealing the layers of my soul…’

The song alludes to his struggles with wife Kim Kardashian and their children amongst the media. Yet despite interesting musical layers, these human layers never feel like they develop too far beyond fame, sex and family. The song ‘Wolves‘ describes the setting of a club as a place where the lost can find each other, with allusions to Amazing Grace: ‘Lost and, found out’. The final verse of ‘Wolves‘ uses further Christian ideas, asking that if he could be the Joseph to her Mary, with Mary like a lamb amongst wolves in a club: ‘What is Mary was in the club/’fore she met Joseph around hella thugs?/Cover Nori in lambs’ wool/We surround by the ****in’ wolves.’

Upon first listen I was comparing this album to Kendrick Lamar and his experimentation with genres and sounds (Kendrick is on the track ‘No More Parties in LA‘), who released a really great b-sides album, Untitled, Unmastered, back in February. Until I viewed the lyrics to The Life of Pablo I felt the album consisted purely of narcissistic and chauvinistic overtones, with lazy rhymes – and that is all there – however, I have come to appreciate the creativity of this album. Returning to ‘Ultralight Beam‘ again, there is a semblance of need for God’s grace and something of us prodigals:

If you peak under the hood there’s plenty of clever wordplay and interesting arrangements – nothing is straightforward. However, the question of glory never feels as though it goes any higher than the self and earthly things despite the evocation of God.

PS. I used the lyrics from Genius. For more explanation and interpretation of the songs, this was quite helpful.