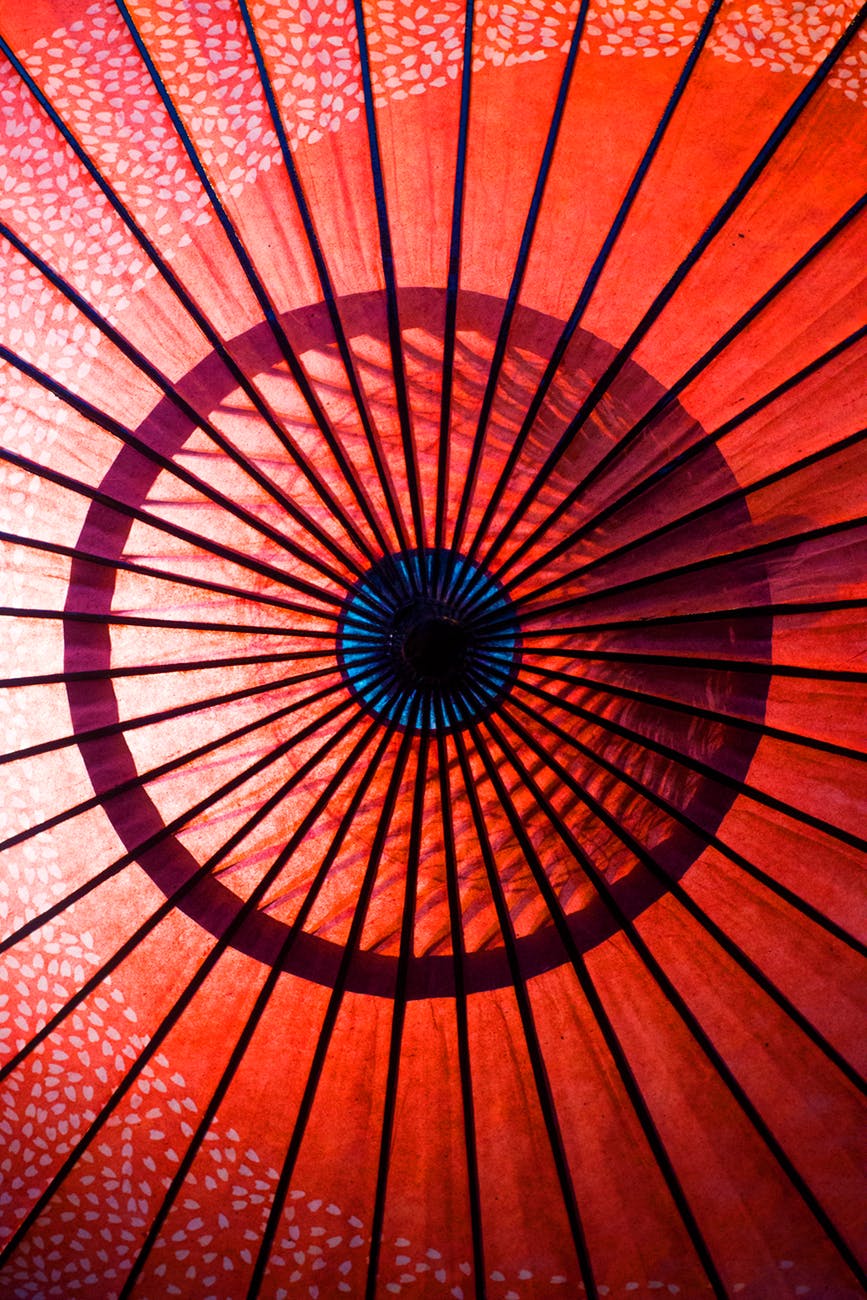 I recently met with a friend and said something along the lines of: ‘When Japanese people leave Japan and go to a Western nation, they generally adopt Western values and move towards a more healthy self-image. But I don’t know what values I will take home from my time here if any.” Thankfully, my friend gently told me not to be so sure as change may be more subtle than expected.

Yesterday, I went to a free screening at an independent film festival. I saw a Japanese documentary called ‘Le Chocolat De H’ about a Japanese artisan chocolatier. The story followed his quest to find new flavours for his chocolates, taking him from Paris to Peru. After the screening the director and main character itself, many of the Japanese attendees commented on how nostalgic the film was, especially with the connections between the main character and his hometown. For me, however, it brought an epiphany about care in one’s Artistry and craft in Japan.

I began to think about how my home culture of Australia is caught up in one of consumerism and mass-production. The film brought home the humanness of developing one’s craft and selling something of high quality, over mass-produced products. To a degree, when Karl Marx comments on how far the worker – in an existential and material sense – becomes detached from his product in a culture of mass-production and rapid modernisation. Does it not makes a lot of sense? For example, MEIJI chocolates are sold across Japan. They’re cheap, quick eats. They taste fine. But compare this with visiting Le Chocolat De H and spending a little bit more money on something to savour and truly admire, something human.

This tension was written about in the early 20th Century by Samuel H. Wainwright. In his book, Beauty in Japan, he writes:

‘We have shown the Japanese genius for subordinaring the external world to motives of beauty in their molding of smaller objects into forms harmonizing with the subjectivity of the artist. Now they are confronted with the invasion of an industrial age with its machine production. Is the national genius for the fine arts to succumb to the material advance of the age?’ [p. 300]

The threat of the technological age on Japanese artistry and artisanship is apparent, especially in the sense of how nature plays a role amongst the buildings. When you spend enough time in Tokyo, you begin to see how people crave some form of natural beauty. I noted to some friends how many of the contemporary Japanese buildings exhibit the Brutalist architectural feel. There is also an emphasis on functionality. Many of the schools all have the same kind of design and feel quite aged. Even the City Office feels like one has walked into the 1960s. I personally think the Brutalist style is apparent due to the nihilistic outlook of contemporary Japanese culture. (On this point are the writings of the philosopher, Keiji Nishitani of Kyoto University fame. A cursory glance over his thoughts suggests meaning or transcendence found through nihilism, as it also pertains to Buddhist and Zen thinking, and Nietzschean ideas). It really depends on what you want to say through your architecture. We weep over Notre Dame burning down, as it stands as (an albeit hollow) relic of an age of religious fervour. We may then view the disappearance of the temple and housing architecture of an older Japan as symptoms of the same propensity towards functionality and modernity over any kind of religious impulse.

I am not writing anything particularly profound or new. I wrote in a previous reflection on how thinkers such as Karl Marx and Theodore Adorno helped me to comprehend some of the mass-production of pop culture found in Japan. Never in my life have I seen such a fad culture. ‘Le Chocolat De H’ helped to show the beauty of the traditions found in the patience and care of real artistry and artisanship.

When I left the cinema I also started to think about the Japanese and their relationship to the land. The film depicts some worship of ancestral spirits, and a prayer given to the god of the land. I thought for a moment that these cultural practices place the Japanese worldview in a better place than that of Western nations – one of respect. I don’t believe in spirits in the land, but what is it that Judeo-Christian nations haven’t adopted that would lead to similar principles? This is a question for contemporary Western nations (who, despite their desire to rid themselves of Christian notions, cannot completely detach) and the drive towards more environmental care. It was Francis Schaeffer in Pollution and the Death of Man, that acknowledged the concerns of environmentalists in a the mechanistic world, but blamed Christianity on the pollution of the world (have dominion, etc.). However, they did not see the role of ‘sin’ and estrangement from God and how that plays out with the problem. And where is ‘sin’? Pollution and dysfunction in nature from the pollution in our quest to figure out life without God.

An impulse towards more care began for me as I noticed the weed growth on the path out the front of my house. Normally I would walk past (or on) the weeds, but I finally stopped to take action and pull them all out. This action made me feel much more accomplished than simply ignoring them. It obviously made the path neater and prevented any potential damage occurring because of the overgrowth. (My elderly neighbours regularly tend their gardens).

I also began to consider my own bedroom and how it has slowly begun to find itself in a state of chaos (but I know where everything is). Marie Kondo has recently found great success in exporting the minimalist philosophy to the Western world, but I have the feeling that many Western people will still feel a persistent emptiness even after getting rid of their unneeded things. Jesus warned that one of the problems with cleaning house (their inner life) is that if one hasn’t replaced their house (now rid of demons) with something better then it is very likely that even more demons will come back to take over and make their life worse than it was (Luke 11: 24-25).

Even for myself, I began to think that my religious activity as a Christian made a difference but I saw so little growth and a true change of heart. It has been my experience in Japan that has taught me that careful and deliberate time in the presence of Jesus is what is necessary for spiritual growth.

Going back to the topic at hand about artistry and artisanship, well it can be found in the Bible. When the Israelites had left Egypt, the LORD commanded them to build the tabernacle in which he would dwell. In Exodus 31: 1-11 it talks about Bezalel and Oholiab as men gifted and empowered by God to carry out the great work. It is the most detailed account of people being specifically chosen to do something great for God through the gifting and enablement He gave them. Yet even Bezalel and Oholiab’s great work was only pointing towards a greater reality: to a tabernacle that would not perish (Heb 9). This was the accomplishment that only Jesus could make by His blood.

These intricate cares that the Japanese go into even right down to customer service make it almost heavenly to visit. But even with all of this great care to the external, it is a sick country with high suicide rates and inhumane work culture. The Western nation’s greatest contribution I think is the notion of Rights and Equality, however, these notions only make sense in a Christian framework. You don’t recognise how assumed this is amongst Western people as almost self-evident until you’ve spent time somewhere either where people kill one another without remorse, or as I have come to see in Japan – even as a contemporary, modernised country – is quite oppressive in terms of social roles and custom. Just ask Japanese people that leave for a few years to live overseas how they feel about returning back to the workforce and honne/tatamae. Despite the cultural sickness, there is common grace. How great it is that we can learn from what God has given to the people here.

Jesus’s teaching emphasises how the internal realities affect the external, not the other way round (Matthew 5-7). Our natural default mode is hypocrisy, where we make our external reality really great, but inside we are disgusting hypocrits (Matt 23: 27-28). There needs to be, quite literally, a new creation within a person (2 Cor 5:17).

I think in worshipping Jesus we find the best reason to work hard developing our craft and to work patiently at all things. This is because even when things are not perfect, there is grace. Being with Christ also requires us to really slow down. The Christian Philosopher, Dallas Willard, was reported to give this response when asked about how to be spiritually healthy: ‘You must ruthlessly eliminate hurry from your life.’ This fitful age of mass-production is instantaneous and as a millennial, I know this tendency in life too well. Hurry in the soul is so destructive, and when you think about it – hurry does not produce anything of good artistic quality. It isn’t deep. This is where the Japanese, in their traditional sense of Artisanship, understand something deep about God Himself. Although their understanding of what happens in the artistic medium is found in Buddhist culture, it is not something that Christians should deeply admire.

Remember what Paul says: ‘So, whether you eat or drink, or whatever you do, do all to the glory of God’ (1 Cor 10:31). This is not simply the best metaphysical reason for good work – it is the best personal reason for it.