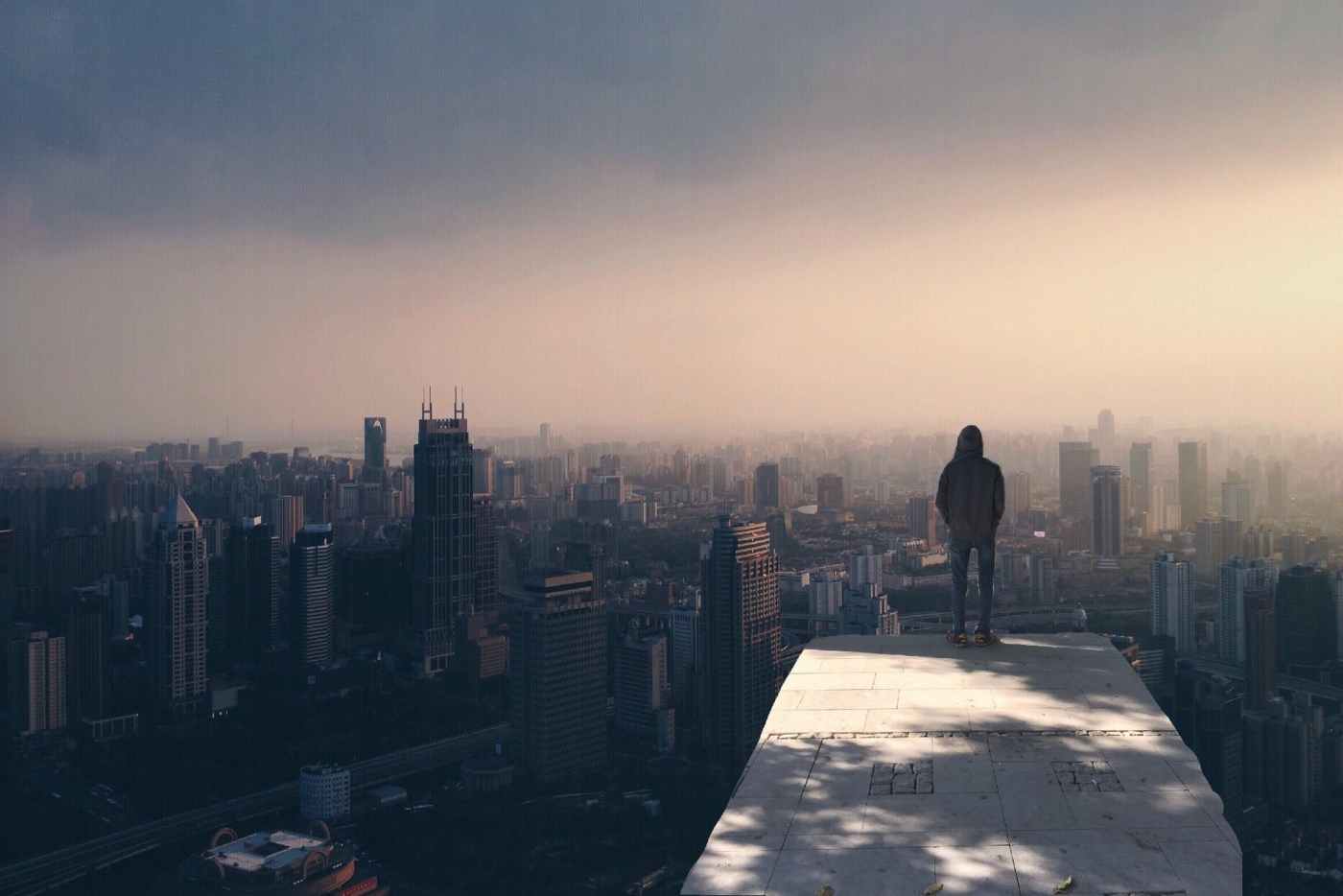 This is my first post of the year! Huzzah. It only took till April and a Pandemic to get off my butt and write something.

I wrote a few posts on singleness a few years back. When I wrote these posts, I was in a really terrible place with regards to romantic pursuits and had almost completely given up altogether. I don’t think I am the paragon of relationship success nor advice per se.  However, several years on – and upon entering a new decade – the time feels right to ponder these issues once again.

The pull towards our own ideological preferences is so strong that we become completely deluded by them and unable to shift out of our own theories and perceptions. In Nassem Nicholas Taleb’s book The Black Swan, Taleb discusses our tendency to immediately jump to testing our own theories and hypothesis rather than looking at falsifying their own. He says:

“Once your mind is inhabited with a certain view of the world, you will tend to only consider instances proving you to be right. Paradoxically, the more information you have, the more justified you will feel in your views.”

This may appear like a banal thing to say. I think most Christian people generally believe that they keep an eye on themselves and the tendency to bring things back to the self. Yet the tendency amongst both men and women to place blame and then reference the world in a certain way is as old as original sin – its roots are found there! For me to begin on this journey away from my original ideas, to questioning what I’d initially thought I had to leave my own country and also be exposed to ideas that I was generally uncomfortable with.

You may have been following my adventures and thoughts on living in Japan. Suffice to say, it was a short period abroad but one that continues to have a deep effect on me. I would go as far as to say that I had been living in some kind of idealistic illusion, which has gradually been dismantled, piece by piece ever since, and then slowly rebuilt. This idealistic bubble was how I viewed the world around me with regard to fairness and romantic relationships.

It started when a few things began to occur in tandem: one was that I was having a difficult time in a new culture that had palpable hierarchies and few Rights, the other was that I had some friends challenging me on westernised and popular church wisdom regarding romantic relationships. Both of these forces – having few Rights and the nature of romantic relationships – had me questioning the very ideas or ideals about equality.

The former was easy enough to diagnose. I was in a position where I had more power and say in Australia. These are interests more in-line with Australian culture. In Japan, I had a say but there was almost no persuading those over me to look at things from a different angle. I think one of the worst features of Japanese culture is its insistence on many ways of operating in the world as ‘the right way’, but to be fair I was insisting that my way was the right way. (I acknowledge the bias here, however, I do also hold to certain transcendental realities applicable to all cultures at all times). The other part of this was that there was an absence of Rights in Japan, where there was little recourse for foreign workers’ Rights. In short, it amounts to a form of exploitation. How unjust! The sobering reality to this was that I came to see the same issue prevalent in parts of Australian society, especially in the Working Holiday market.

With the latter issue on gender roles, I began to question the idea of egalitarianism: that is, men and women are equal and therefore, essentially interchangeable. I was beginning to specifically question whether the assumption that traditional norms or ‘scripts’ for men and women in gender roles were obsolete. This was because I think I was/am being told to believe a certain thing about the world as true and good. I was in a new culture where basically anything goes. I had subtle propositions from time-to-time and was confronted with a danger of sin that I had not even dreamed of. In retrospect, it is little wonder that some friends had told me how ‘successful’ I would become in Tokyo.

To paint the picture of how I used to think, it can be summarised in a conversation I had a few years ago when Mad Max Fury Road came out. Charlize Theron’s character, Furiosa, is a powerful female lead that did overshadow the Mad Max character in a film ‘about’ Mad Max. The film also had ‘strong female characters’ in supporting roles, and had some comments on patriarchy. I recall recommending the film generally but also for the reason that it had strong female characters. Looking back now, I’m not even sure I believed in what I said but said it because it appears to be what you ought to say in this cultural climate. To be sure, I have nothing against strong female characters. I grew up with Aliens and Terminator 2 – movies with two of the most badass female characters ever. Yet something about me felt compelled to recommend it according to this particular line of thought as a good, virtuous thing. I never once thought anything less of Ellen Ripley or Sarah Connor as female characters but I also didn’t recommend the films simply because they were strong women. They are just good movies with good characters.

Now I was being challenged about how masculinity is described in the Bible and what that meant for me now. I was being challenged to look at how the church has a tendency to undermine it, and how many single men (and women) find themselves lost and adrift within modern church culture due to this general misdirection. I began to see that by following the egalitarian philosophy, as a set of beliefs that were just ‘a given’, I was setting myself up for frustration. I didn’t really believe it but I was constantly applying it.

I was also failing to read the dating landscape for what it now was.

A shock came to me after asking a woman out on a date in Japan.

I thought that we appeared to be a decent match. My friends also encouraged me to try to pursue her. Then she more or less rejected me (in the subtle, Japanese way) because I was not a salaryman.

Even at the age of 31, she still idealised the man could buy a house in Tokyo and afford to raise a family there (a feat nigh impossible given the amount of Christians in Japan). I was taken aback by what I heard and posed counter-arguments, such as how a man’s character is superior to his income. This particular counter-argument is what I think most people would use in such a discussion. I thought that simply being a believer with decent theology and character was enough to be a good catch (that is, if I honestly believe that I had good character). She likely believed that due to her career status that she was looking for a guy with a higher and/or more lucrative position (this is called hypergamy, but more on that later). She couldn’t see any other mission apart from Tokyo and she was unwavering in that regard. That’s fair enough. I respect that. But the funny thing is that when I returned to Sydney, I heard the exact, self-same things about attracting and being a suitable mate.

You might object that this girl was materialistic and that Christians shouldn’t focus on these things (or maybe this is a cultural thing) but my point in highlighting this experience is that you can say what you wish ought to be the case but it is just the way it is. .

Maybe the Problem is You

I am resisting writing things about who is to blame in this post. I will get to a general overview of the singleness and dating culture – as I have seen and experienced it – later. It is enough at this point to say that in the Christian there is something preventing people from dating and marriage. That something is frustrating both men and women. To be sure, I have some definite ideas on what that something is. What I am hoping to show in this post is a rough idea about how I changed my mind and perspective on this.

At the end of the day, you are responsible for yourself. God will always be there to guide you and love you. However, some of the most helpful advice you can apply to yourself is that you have made your bed and you need to lie in it. (Or better still, you can lie in it or you can get some new sheets).

This old saying is harsh, but it is actually the most helpful thing for someone to hear that is humble enough to hear it. It shows that you have personal responsibility.

Why do you think that Jordan Peterson has become so popular amongst men? He’s saying things that are so banal but no one is saying them. The whole ‘tidy your room’ thing is like a revelation to many. It’s not too far from the mark biblically either. God won’t give you much until He sees that you are capable of carrying what He’s given you, no matter how much of a catch you believe you are.

It takes humility and sometimes a bitter pill to really come to terms with who you really are to affect positive change.

Christian singles have also gone through many movements in the last 20 years.

From the Joshua Harris purity movement to the Driscoll ‘bash guys over the head’, to the Tim Keller movement, and now we’re here.

I don’t know what to do here.

Where we singles are, in such a short space of time, with so many dating apps with different kinds of approaches and markets and advice, is a place where frustration and confusion abounds.

To conclude these general thoughts, I want to ask whether or not you felt uncomfortable with reading some of these thoughts? Why, or why not?

I ask that through such observations that you think through what kinds of sensibilities rise up within you, to cause you to swing one way or the other. I am beginning to see that much of what we believe on these issues are not based upon reason or theology, but experience and what we idealise for ourselves.

Through navigating these feelings with humility, you may be able to unearth what you truly believe and then be able to contrast it with God’s Word, which I plan to get to eventually.

We are merely scratching the surface.